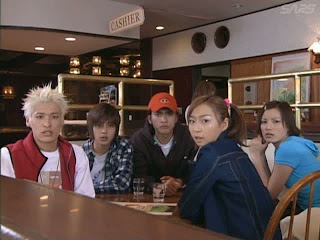 Continuing on my investigation of collaborations between the writer Kudo Kankuro and the actor Tomoya Nagase. This one dates from 2000 and tells the story of one guy, Makoto, who hangs around Ikebukuro West Gate Park in Tokyo, spending his days on the streets halfway between the gangs and the police.

After Tiger & Dragon and Unubore Deka, this has fewer laugh out loud moments, but a more compelling storyline as a series of murders in episode one sets off a series of events leading to the final episode. The drama has a feel quite different to most J-dramas, with quite a distinctive directing style, sometimes even being shot like a music video. 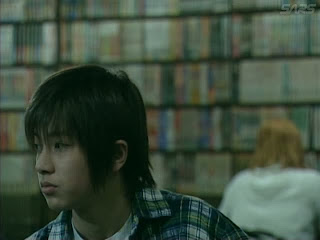 Morishita Aiko (another regular in Kudo Kankuro’s dramas) plays Makoto’s mother and supplies a lot of comedy, as does Abe Sadao (also in Tiger & Dragon) as a hapless policeman. Menace comes in the unlikely form of a laid back Kubozuka Yosuke as the leader of the local gang who never seems to take anyone seriously. Until he starts punching them. Meanwhile, police detective Yokoyama (Watanabe Ken) remains hard to predict throughout the show. 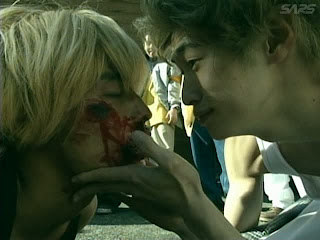 The gang warfare is fairly cartoonish and while there are some unpleasant stories, it’s never particularly upsetting. But you have to admire it for facing those issues in the first place. It’s also quite useful for learning terms of abuse. You know, just in case you go to Japan and need to yell at someone.
Posted by Ersby at 19:28